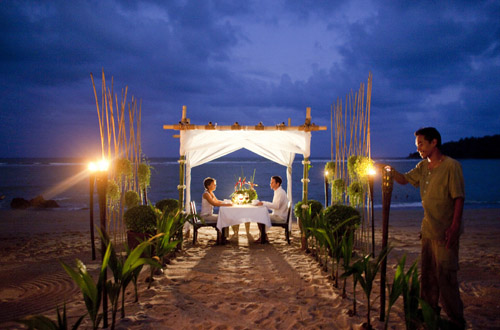 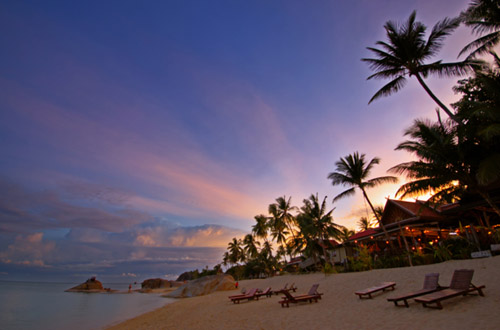 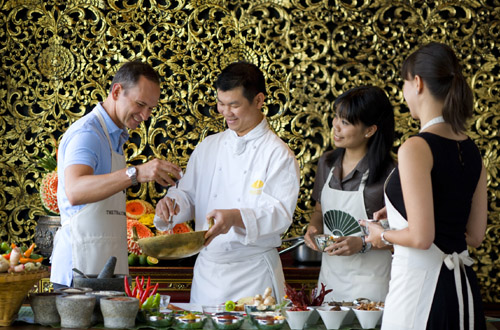 Much developed since it was made more easily accessible to the mainstream tourist market over 30 years ago, this once pristine and idyllic island paradise still retains its allure for the majority of visitors. Some areas are less developed than others and in themselves hark back to a more innocent age. However, you don\'t have to travel far in Koh Samui to appreciate the timeless beauty of this wonderful island. A former coconut plantation once visited by backpackers and travellers, Koh Samui has come of age, offering latter day enjoyment and entertainment in profusion. Chaweng is the islands nerve centre with a host of restaurants, bars and resorts. Lamia, a southern extension of Chaweng, is not far behind. More sedate and attractive options have sprung up
over the last decade, notably in and around Bo Phut and Maenam and the quiet, scenic West coast centred around the settlement of Baan Taling Ngam.

By Air - Flight to Koh Samui are available from Bangkok, Phuket, Pataya and Chiang Mai in Thailand.  Direct flights are also available from Singapore and Hong Kong.
By Boat - From Surat Thani train station and Surat Thani Airport (URT), there are combined bus/ferry services to Koh Samui.
Getting Around - Taxi\'s are the most popular was to travel around.  Songthaews, passenger pick-up vehicles, also serve as group taxis.

Samui\'s weather patterns are slightly different to the rest of Thailand. During May to early October, when most of the country has its monsoon, Samui stays fairly dry. From mid-October to December, the rainfall in Samui increases whilst it is drier elsewhere. January to April is the driest period.