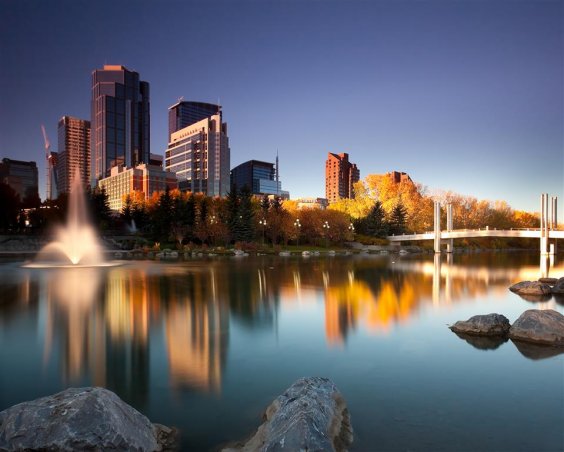 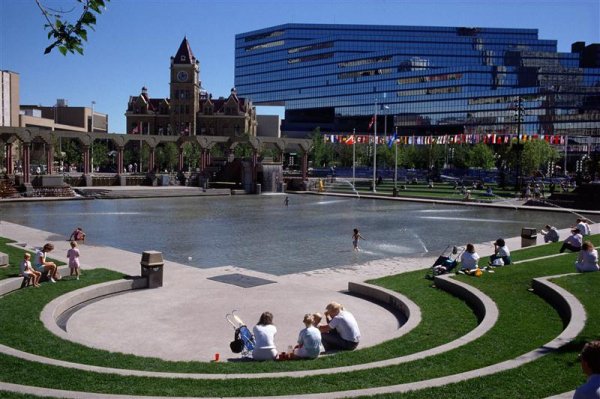 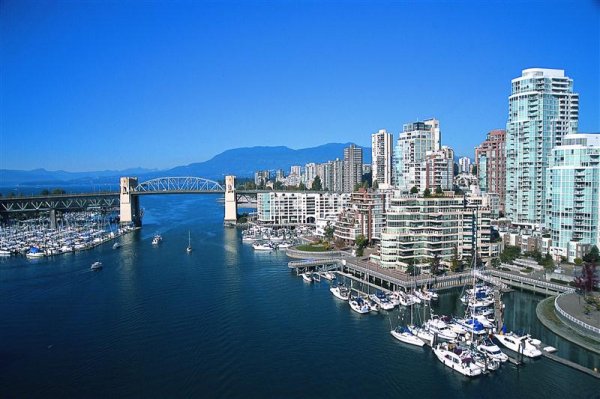 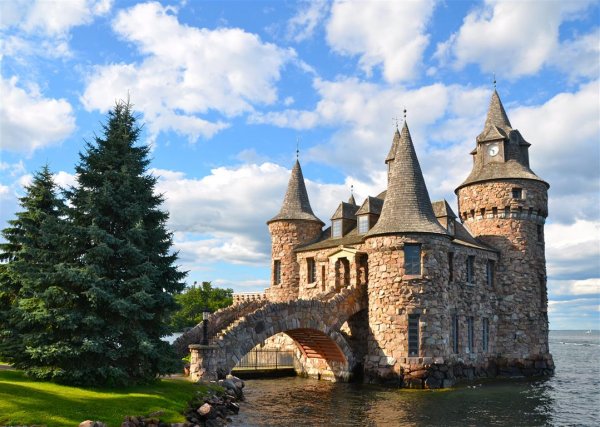 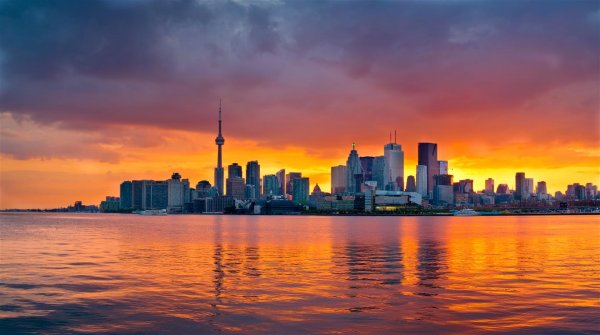 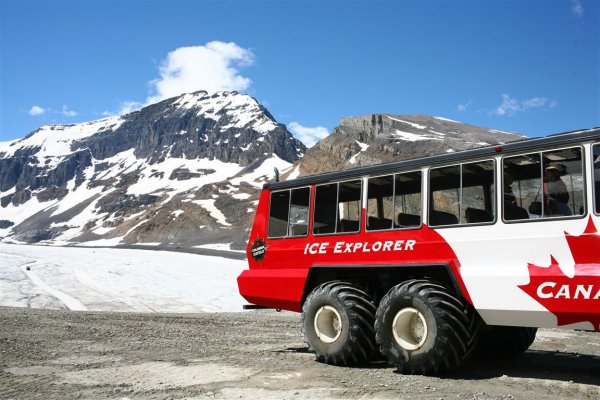 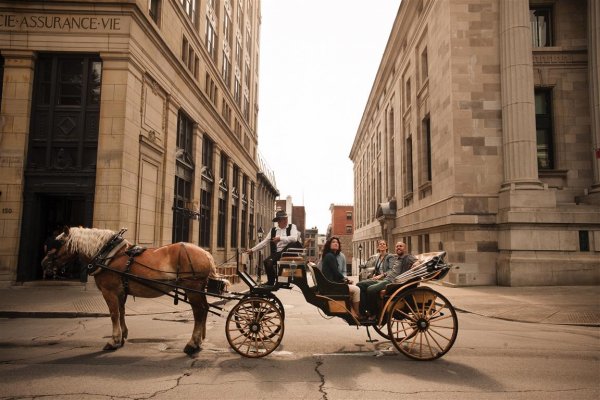 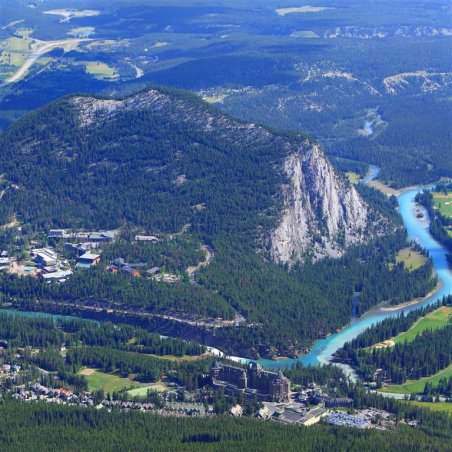 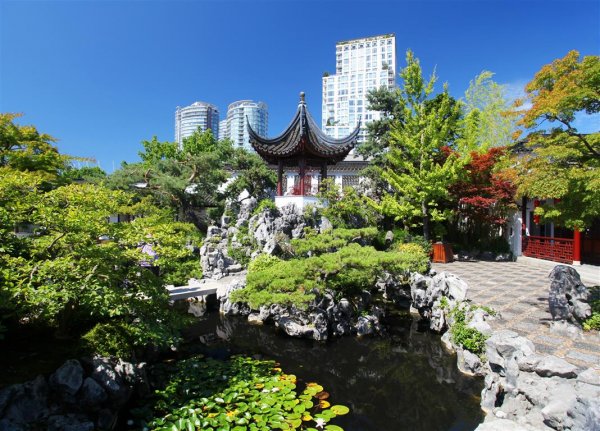 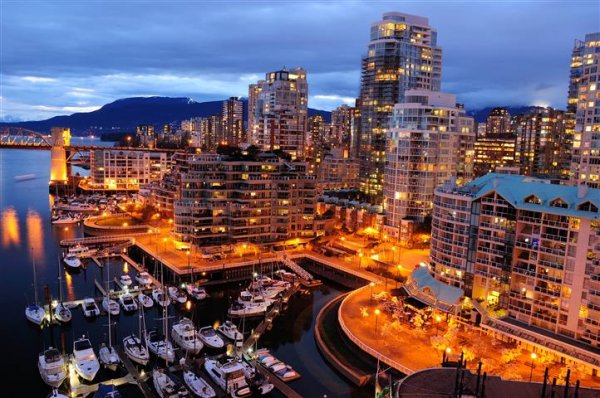 Discover a spirit of adventure that stretches from the cobbled colonial towns of Quebec to the unspoiled frontiers of British Columbiaâ€™s Pacific coast. Youâ€™ll journey through snow-fringed mountains, rolling ranchland and dramatic fjords to experience truly special Canadian moments. Become a cultural explorer in vibrant cities and encounter romance on far frontiers where native tribesmen hunted and cowboys, trappers and prospectors forged new lives. Youâ€™ll find wilderness adventures at the foot of Niagara Falls and on the back of glacial ice fields. Unique excursions, unrivalled attractions and unforgettable memories all beckon.
Day 1 - ARRIVAL IN TORONTO
Arrive at Torontoâ€™s Pearson International Airport and transfer independently to your downtown hotel. After checking in with your tour director, the remainder of the day is free to explore the streets of this dynamic city. Discover the delights of Torontoâ€™s colourful neighbourhoods, take a ride to the top of the CN Tower, experience the lively theatre district and indulge in one of the numerous restaurants. Overnight in Toronto.

Day 2 - TORONTO/ NIAGARA FALLS EXCURSION
This morning we meet our fellow travellers at breakfast before setting out to discover the many identities of the Canadaâ€™s most cosmopolitan city. After seeing the provincial parliament buildings, the waterfront, the imposing CN Tower and lively Chinatown, we leave the city and head for the Niagara Peninsula. We pass through the enchanting Victorian town of Niagara-on-the-Lake and follow the scenic Niagara Parkway to Niagara Falls. Time is allocated to admire the falls and take part in some of Niagara Falls numerous activities. Donâ€™t forget your camera to capture the spectacular views! Overnight in Toronto. Buffet breakfast included.

Day 3 - TORONTO TO OTTAWA
We leave the Toronto skyline behind and drive east towards Ottawa. Our route then winds through rolling farmland, following the rivers and lakes of the Rideau Waterway. Upon arrival in Ottawa, we enjoy a sightseeing tour of the national capital. Defined by the Rideau Canal (designated by UNESCO as a World Heritage Site) and the government buildings on Parliament Hill, the city offers many great sights including the public gardens, the Byward Market and City Hall. Overnight in Ottawa. Buffet breakfast included.

Day 4 - OTTAWA TO QUEBEC CITY
This morning we travel along the scenic Ottawa River to the French-speaking province of Quebec. We skirt the magnificent Laurentians and follow the Chemin du Roy past Quebecois villages and historic shrines. Todayâ€™s journey ends in Quebecâ€™s cultural heartland, Quebec City. We tour within the walls of the old city and view the ornate city gates, Lower Town, the Citadel and Battlefields Park. Overnight in Quebec City. Continental breakfast included.

Day 5 - QUEBEC CITY
The day is at your leisure to further explore the sights of this charming World Heritage Site. You can enjoy an optional full day excursion to Tadoussac including 3â€‘hours of whalewatching on the St. Lawrence River at the mouth of the Saguenay River. Step aboard a regular boat and go in search of the worldâ€™s largest mammals. You will also visit the spectacular Montmorency Falls that are 30 metres higher than the world-famous Niagara Falls. The rest of the day is at your leisure to explore this historic French-Canadian city with narrow streets and unique boutiques. Overnight in Quebec City. Continental breakfast included.

Day 6 - QUEBEC CITY TO MONTREAL
Departing from Quebec City we drive along the St.â€‘Lawrence River in the footsteps of the early settlers. Upon arrival in Montreal, we tour the second-largest French-speaking city in the world. The dynamic city of Montreal encapsulates the two founding cultures of Canada and boasts a curious blend of history and modernity. Touring the downtown area we view the Olympic Complex, charming Old Montreal, McGill University, the residential streets of Mount Royal and the bustling shopping streets. This evening, perhaps embark on an optional dining excursion and experience â€˜Montreal by Nightâ€™ â€“ a scenic trip out on the town to one of the cityâ€™s best known Greek restaurants. Overnight in Montreal. Continental breakfast included.

Day 7 - MONTREAL TO TORONTO
Todayâ€™s route takes us back to Toronto, where you will have time to explore colourful neighbourhoods and to sample some of the cityâ€™s great restaurants and wonderful entertainment. In Rockport you have an option of enjoying an entertaining and relaxing cruise through the beautiful 1000 islands. Overnight in Toronto. Continental breakfast included.

Day 8 - TORONTO TO CALGARY
A transfer brings us to Torontoâ€™s Pearson International Airport for a flight over the prairie grainfields of central Canada to Calgary. Upon arrival in Calgary, we make our way to our downtown hotel. Overnight in Calgary. Buffet breakfast included.

Day 9 - CALGARY TO BANFF NATIONAL PARK / CANMORE
We set out early this morning to tour the sights of Calgary. We admire such modern and historic landmarks as the Calgary Tower, Fort Calgary and the skyscrapers of the commercial district. Leaving Calgary behind we set our sights on the Rocky Mountains, which can already be seen, far off in the distance. Experience the majesty of the mountains as we first travel through the foothills and then enter Banff National Park. We tour the region around Banff amidst snow-capped peaks, sparkling glaciers and emerald green lakes and see landmark Fairmont Banff Springs Hotel, Bow Falls and Tunnel Mountain. Overnight in Canmore. Full Canadian breakfast included.

Day 10 - BANFF NATIONAL PARK/ CANMORE
The entire day is at leisure to tour Banff and browse through the many boutiques and specialty shops along Banff Avenue. An optional full-day tour is offered to the Columbia Icefield. The tour starts with a visit to the turquoise waters and spectacular glacier of Lake Louise, the jewel of the Rockies. From the unsurpassed beauty of Lake Louise we enter a rugged wilderness as we travel up the world famous Icefields Parkway. You may also take an optional helicopter tour of the world famous Three Sisters mountains. At the spectacular Columbia Icefield we board a Ice Explorer that will take us onto the surface of the ancient Athabasca Glacier. We return to Banff late in the afternoon. Overnight in Canmore. Continental breakfast included.

Day 11 - CANMORE TO KAMLOOPS
Our drive today is on the famed Trans-Canada Highway, following a route charted by the railroad engineers and fur traders of the mid 1800s. We continue our tour of the Canadian parks system as we cross the jagged Kicking Horse Pass into British Columbiaâ€™s Yoho National Park. From the highway, we are treated to a dazzling display of vast icefields, deep canyons, dense forests and glacier-fed streams. One awe-inspiring landscape follows another en route to Glacier National Park. We continue through the Monashee and Selkirk mountain ranges to the rugged interior town of Kamloops. Overnight in Kamloops. Continental breakfast included.

Day 12 - KAMLOOPS TO WHISTLER
We can expect a day of dramatic scenery changes when we drive through the ranch lands and head for the coastal mountains. An optional Floatplane Sightseeing Tour over Garibaldi Park gives you an inspiring view of a natural preserve of volcanic peaks, alpine lakes and meadows. Enjoy the rest of the day at leisure. Overnight in Whistler. Continental breakfast included.
Day 13 - WHISTLER TO VANCOUVER
We drive south along the spectacular Sea-to-Sky Highway through a dramatic landscape of jagged fjords and glaciated mountain peaks. We leave the countryside behind and explore the metropolis of Vancouver on a sightseeing tour. Highlights include Stanley Park, Prospect Point, English Bay, historic Gastown, bustling Chinatown and much more. The afternoon is free to discover more of this coastal gem. Overnight in Vancouver. Continental breakfast included.

Day 14 - VANCOUVER
The Pacific Ocean and the Coast Mountains form the backdrop to your day at leisure in Vancouver. You might want to do some shopping down on Robson Street, relax in Vancouverâ€™s playground Stanley Park or stroll through the markets of Granville Island. If you prefer to explore the outdoors, take a gondola ride to the summit of Grouse Mountain. You can also go on an optional full-day tour to Victoria, the charming provincial capital that is proud of her maritime heritage. See the beautiful 19th century landmarks and enjoy its lively atmosphere. Before taking the ferry back to Vancouver, you will visit Butchart Gardens, one of the worldâ€™s great floral displays set in a reclaimed stone quarry. Overnight in Vancouver. Full Canadian breakfast included.

Day 15 - END OF TOUR
The time has come for some last minute shopping and to say farewell to Canada. Individual transfer to Vancouverâ€™s International Airport in time to check in for your return flight. Full Canadian breakfast included.